Astrosteers: What is NASA’s Longhorn Project? 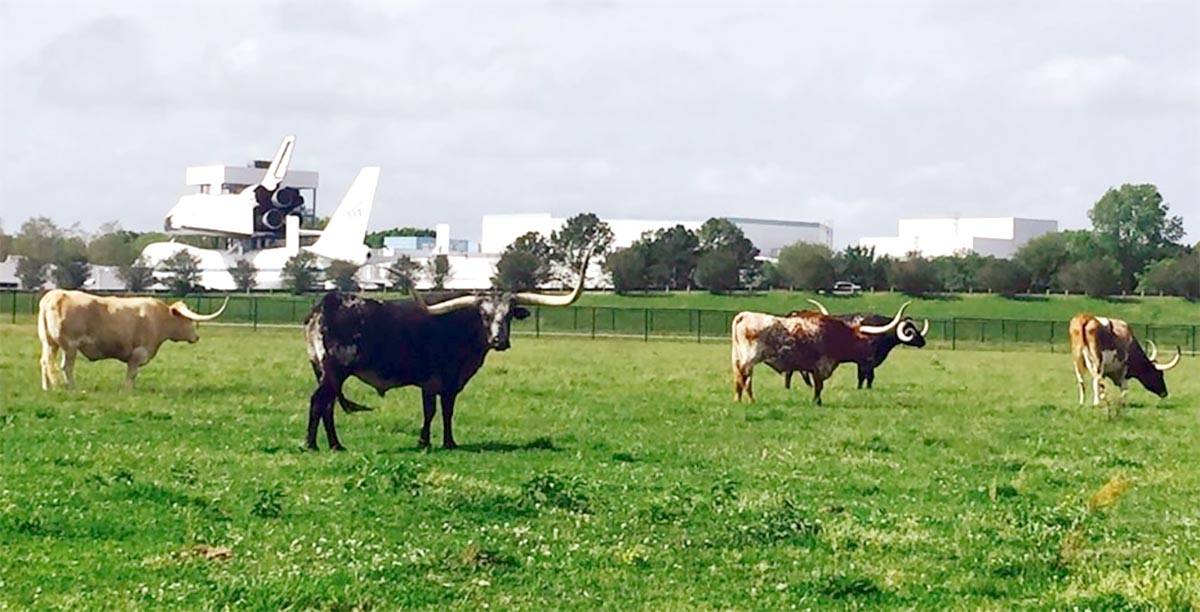 The last thing one might expect to see while visiting NASA's Johnson Space Center (JSC) is often the first thing many visitors notice, longhorn cattle grazing right across from a mighty Saturn V rocket!

Longhorns at NASA? Just what is that all about?

A picture on the wall of former JSC Director George W. S. Abbey's office started it all, according to the Longhorn Project's website.

The picture was a faded photo from 1960 of cattle grazing on the historic West Ranch, on the same land JSC now occupies. Abbey had been looking for ways in which NASA could take a more active role in the surrounding community, and upon seeing the photo, he came up with the idea for the Longhorn Project.

Abbey saw an opportunity for NASA to help the local school district in developing a participatory agricultural education center and thus, the Longhorn Project became more than just an idea. The project, also known as the Center for Agriculture, Science, and Engineering (CASE), was launched in February 1997, as a way for NASA to give back to and stay involved with the local community, while recognizing the center's own unique Western heritage.

The Longhorn Project is made up of a handful of selected FFA students from CCISD, who gain the opportunity to care for and show loaned longhorn cattle from TLBAA ranchers throughout the state of Texas and beyond each year. One of the major shows the team exhibits at each spring is the world-famous Houston Livestock Show and Rodeo. The team also looks after the trophy steer herd that calls JSC home.

However, students do more than work with the longhorns on site. Their educational lessons go beyond animal husbandry to include learning about vegetable cultivation, aquaculture, composting, western heritage, and how all these topics relate back to human spaceflight. 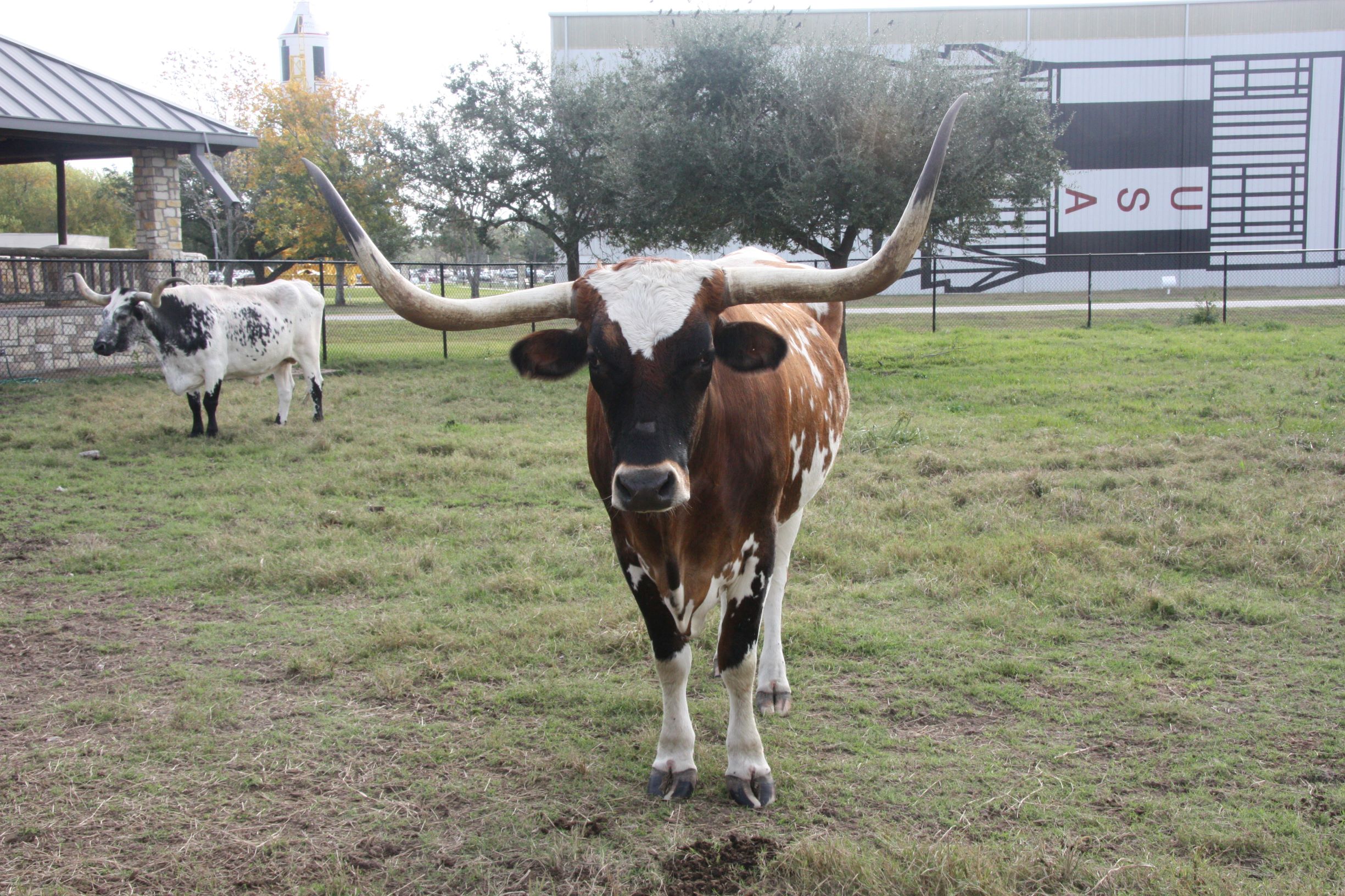 Located on site at JSC, the 53-acre plot of land on which the Longhorn Project sits is broken up into a 35-acre grazing pasture, 11-acre feedlot, and 7-acre "garden" area that houses vegetable gardens, aquaculture ponds, the Western Heritage Pavilion (which guests have access to visit during the NASA Tram Tour), as well as a classroom and Teacher's Resource Center.

Beginning in 2004, the Longhorn Project has also served as an education center for public, private, and home school field trips that teach students valuable science lessons related to livestock, genetics, agriculture, aquaculture, technology, as well as how this all relates to the future of space exploration.

Prior to the dedication of the Western Heritage Pavilion in 2000, Abbey told NASA, "The project celebrates both our uniquely Texan heritage and showcases the spirit of exploration and commitment required for us to explore the stars." 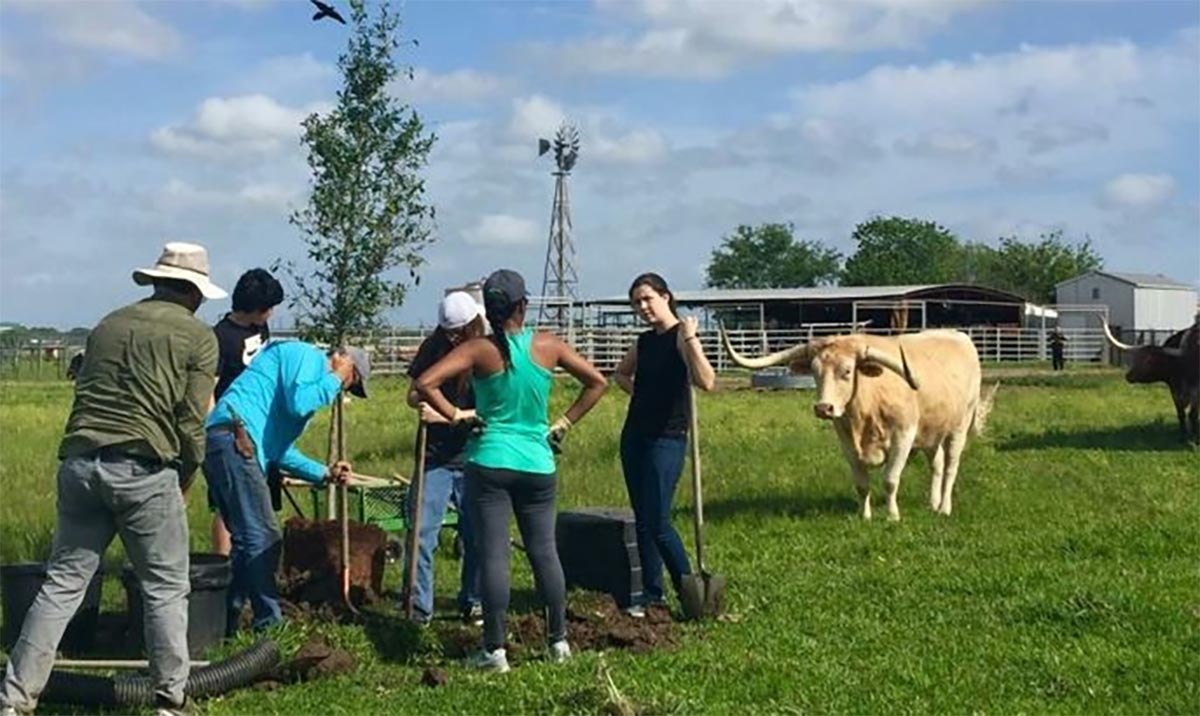 So, the next time you take our NASA Tram Tour and you see longhorn cattle grazing alongside a mighty Saturn V, you'll see how steers and space really do go hand in hand.

The Longhorn Project continues to educate and inspire students to grab life by the horns and reach for the stars.