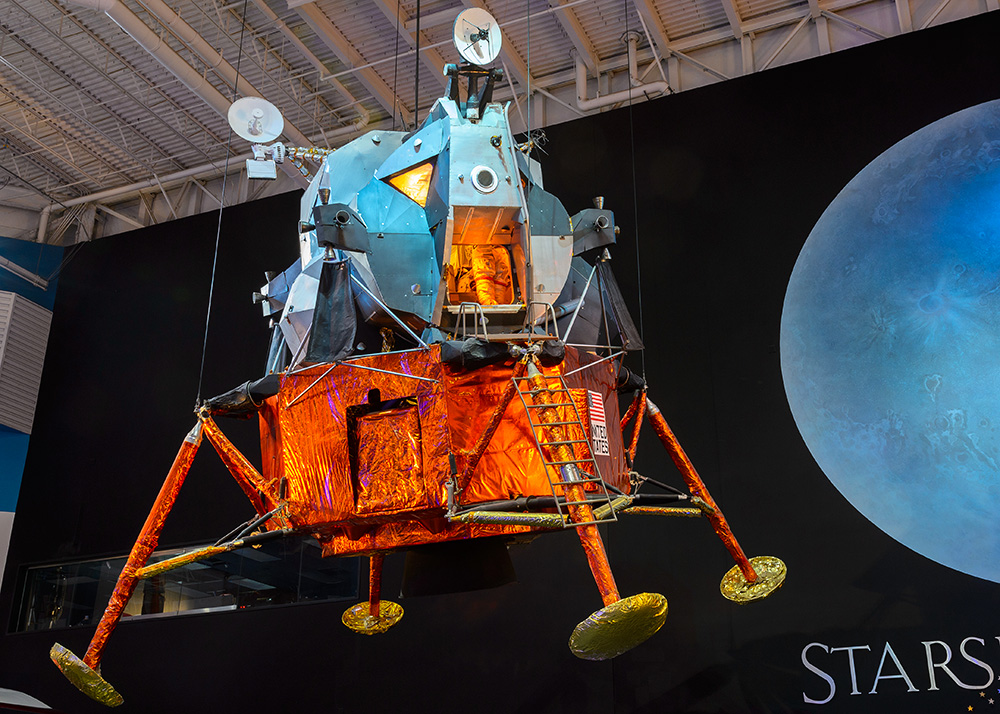 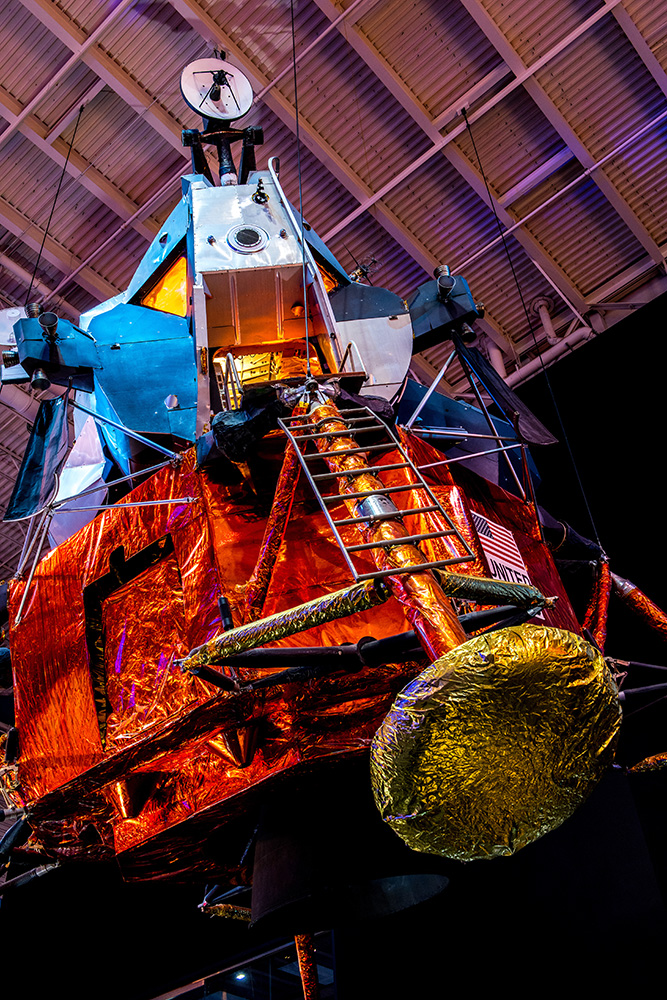 An Apollo astronaut needed a spacecraft to travel to and from the spacecraft orbiting the Moon to the lunar surface. The Lunar Module was created for this part of the mission. It was used as a base camp to support life on the Moon including rests after walking on the Moon.

As the first production, crew-rated lunar module, Lunar Module LTA-8 was essential to the success of the Apollo program. Before the first crewed flights of the new Apollo spacecraft to the Moon, NASA wanted to simulate operations on Earth to ensure safety and success for every astronaut during his mission. With this purpose, construction of Lunar Test Article 8 (LTA) was started in 1965. The craft underwent separate series of tests in support of the Apollo 9 and Apollo 11 missions.

Look up when you come in to Space Center Houston’s main plaza to see this piece of equipment that helped land humans on the Moon! This great artifact can be found suspended from the ceiling at Space Center Plaza in front of Destiny Theater.

Upon its arrival to NASA Johnson Space Center in 1967, LTA-8 began simulations in a thermal vacuum chamber that would mimic the extreme temperatures and lack of atmosphere experienced during space flight. Astronaut Jim Irwin (Apollo 15) and Grumann test pilots Gerald Gibbons, Glennon Kingsley and Air Force Major Joseph Gagliano were selected to do simulations in the module.

One of the most important components of the Lunar Module (LM) to be tested during simulations of LTA-8 was the Environmental Control Subsystem (ECS). Astronauts practiced unhooking their spacesuit cords from the module and switching to the Portable Life Support System (PLSS) — the backpacks which regulated pressure and other systems such as providing oxygen and a cooling system to keep the astronauts safe while working on the lunar surface.

The LTA-8 helped astronauts train on firing the descent and ascent stage engines. According to the Smithsonian National Air and Space Museum, “[astronauts] would depressurize the LM cabin, open the hatch, crawl out onto the porch and descend the ladder to simulate activities on the lunar surface.”

These tests were designed to test the spacecraft under simulated mission conditions and for simulated mission durations. The craft had been in a space environment for over 161 consecutive hours and was crewed for 48 hours and 25 minutes. All of LTA-8’s tests had been essential to the Apollo program.