Informally known as the “pumpkin suit” because of its orange color, the Launch and Entry Suit (LES) was worn by all Space Shuttle crewmembers from STS-26 (Space Transport System) in 1988 through STS-64 in 1994.

The suit protected the astronauts from the near-vacuum outside the spacecraft in case of a high-altitude bail-out and from the frigid waters of the North Atlantic Ocean into which they would parachute after such a bail-out. It would also provide temporary protection against a cabin air leak requiring an emergency return to Earth.

The LES was derived from the suit worn by U.S. Air Force pilots in the mid-1970s flying high-altitude reconnaissance missions in the U-2 and SR-71 aircraft, a modification of which was earlier worn by astronauts on STS-1 through STS-4.(Crewmembers on the fifth through the 25th Shuttle flights wore only light-weight flight coveralls during launch and landing.)

The LES was a partial-pressure suit, meaning it used air-filled, double-walled bladders between the wearer’s body and the outer layer of the suit to provide direct mechanical counterpressure to the body when it was inflated. It had a tight-fitting rubber diaphragm around the wearer’s neck so oxygen could fill the helmet without leaking out through the rest of the suit.

The suit features a one-piece torso-limb garment with a flame-resistant outer layer, closed with a rear-entry zipper and featuring a full-pressure helmet with a polycarbonate faceplate, mechanical seal, and dark sunshade, as well as zippered-on gloves, black safety boots and a survival backpack.

During the period of 1994 to 1995, the LES was replaced by the Advanced Crew Escape Suit (ACES), a full-pressure suit in which the wearer was enclosed in an airtight body-shaped pressure envelope, The ACES was not only more comfortable for extended wear but lighter and more flexible, both important features during an in-flight emergency.

Both the LES and ACES were manufactured by The David Clark Company of Worcester, MA, which had also provided the spacesuits worn by all of NASA’s Gemini astronauts. 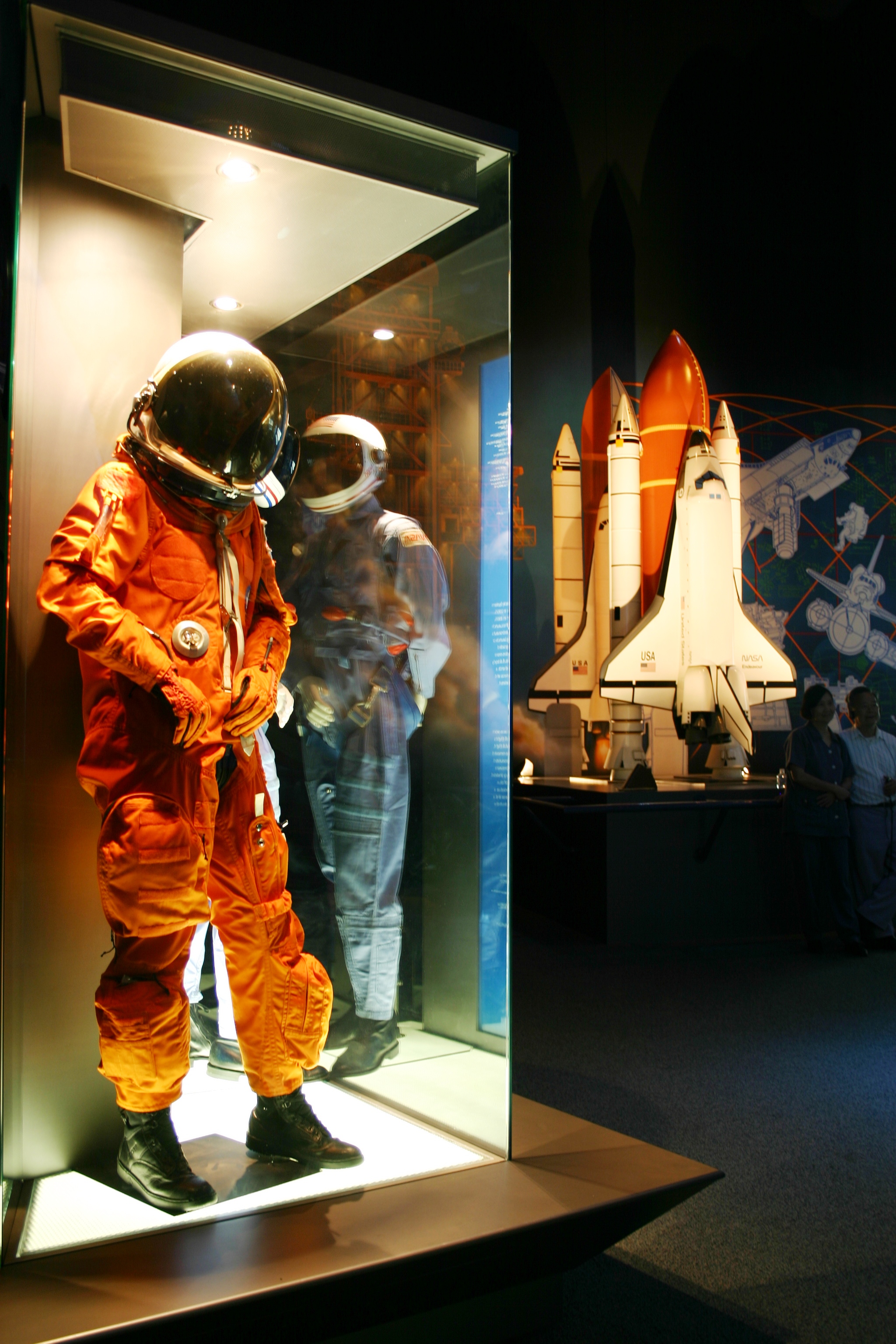