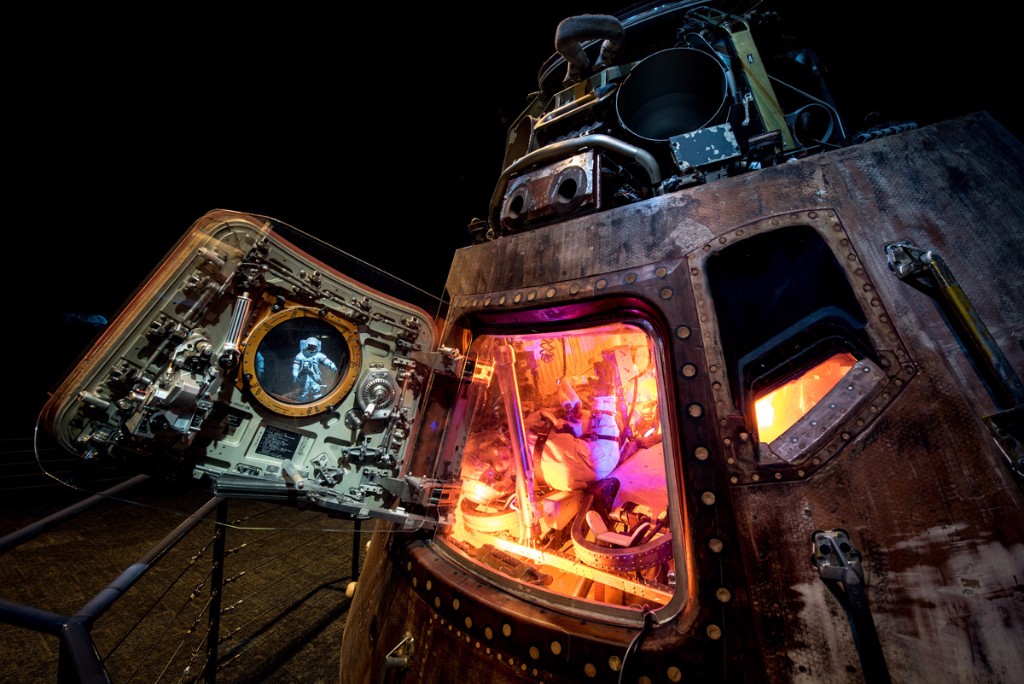 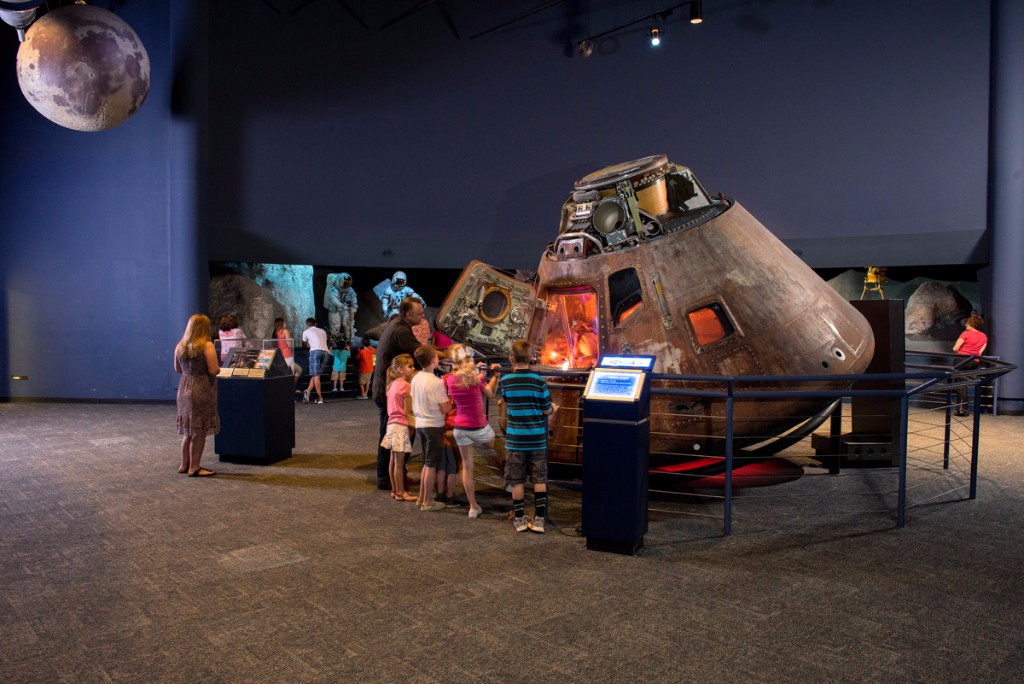 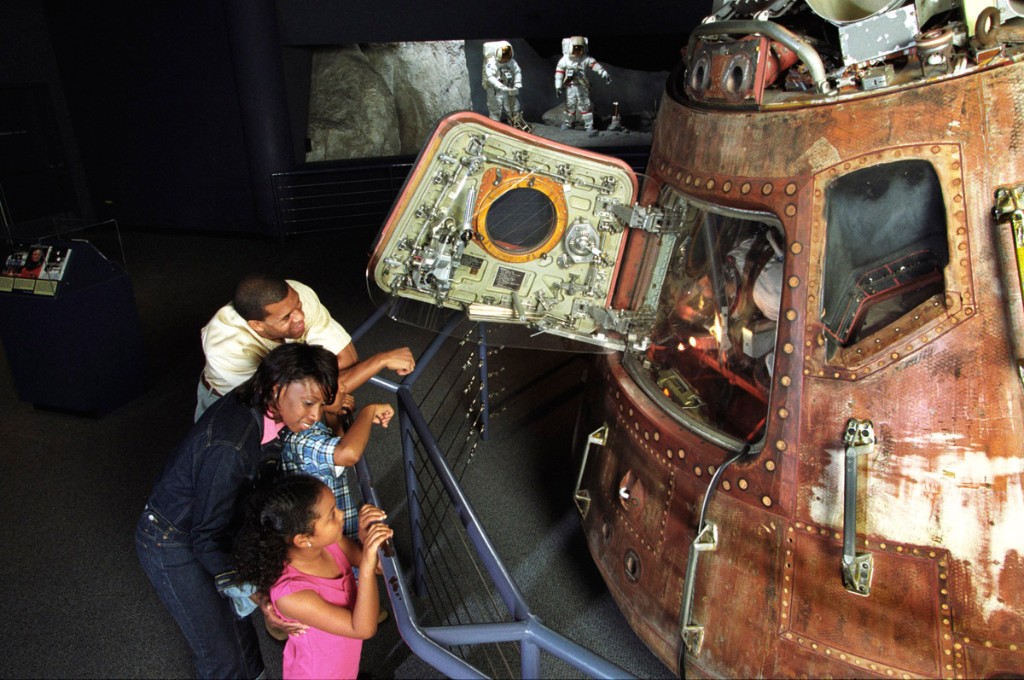 One final time, an Apollo mission lifted off for a rendezvous with another celestial body. One final time, its command module splashed down in the ocean. In between, astronauts Eugene Cernan and Harrison Schmitt made history, becoming the last two men to step foot on the Moon.

The two were joined by Ronald Evans on Apollo 17, the last Apollo mission to the Moon. This final mission also contained a first. Schmitt was the first scientist to travel into space. Schmitt, who went by “Jack,” earned a doctorate in geology from Harvard University in 1964 and had worked for the U.S. Geological Survey before undergoing astronaut training.

See a piece of that history, the mission’s command module, at Space Center Houston inside Starship Gallery. Dubbed “America,” it’s one of 12 Apollo command modules on display in the country.

Cernan, who had flown in Moon orbit in Apollo 10 but had yet to step foot on its surface, was overjoyed by the experience.

“And, Houston, as I step off at the surface at Taurus-Littrow, I’d like to dedicate the first step of Apollo 17 to all those who made it possible,” Cernan said as he stepped out of the Challenger Lunar Module. “Jack, I’m out here. Oh, my golly. Unbelievable. Unbelievable, but is it bright in the Sun.”

The mission landed at a particular spot in the Taurus-Littrow lunar valley to use Schmitt’s talents as a geologist.

“We had three dimensions to look at with the mountains, to sample,” Schmitt told NASA oral historian Carol Butler. “You had the Mare basalts in the floor and the highlands in the mountain walls. We also had this apparent young volcanic material that had been seen on the photographs and wasn’t immediate obvious, but ultimately we found in the form of the orange soil at Shorty crater.”

In all, the astronauts brought back 243 pounds (110 kilograms) of lunar samples and spent 75 hours on the surface of the Moon. While there, Schmitt and Cernan traveled 30.5 kilometers in the lunar rover and set up a sixth automated research station.

Schmitt’s participation in the mission was echoed in the Space Shuttle Program, which provided an opportunity for many other scientists to follow him into space.

Cernan, who was the last person to stand on the Moon, left Earth’s lunar satellite with these words, “I believe history will record that America’s challenge of today has forged man’s destiny of tomorrow. And, as we leave the Moon at Taurus Littrow, we leave as we come and, God willing, as we shall return, with peace and hope for all mankind. Godspeed the crew of Apollo 17.”