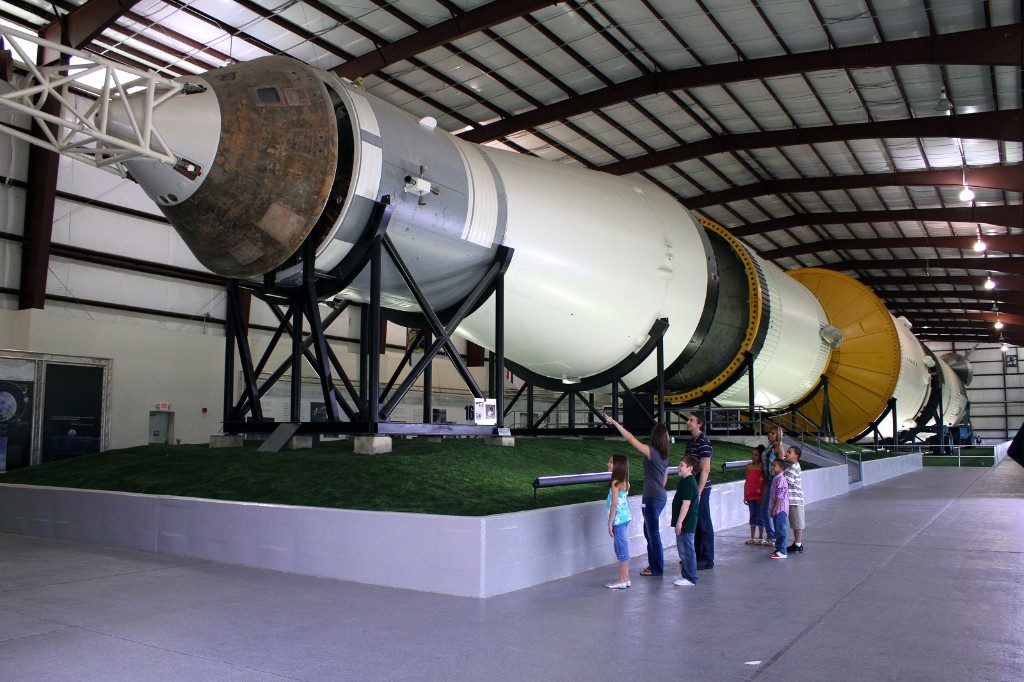 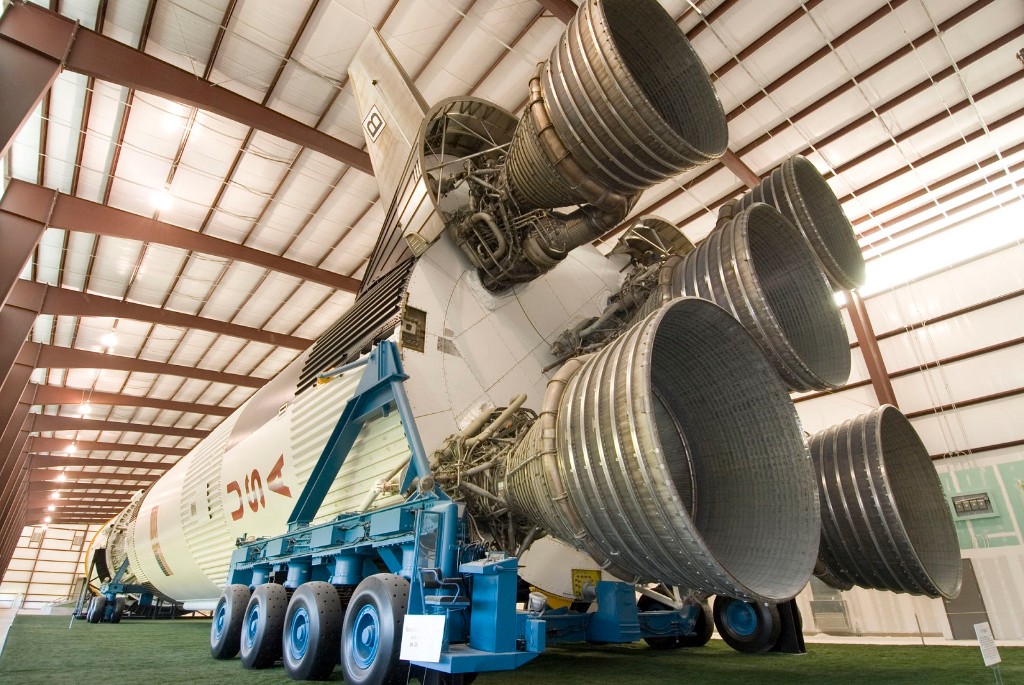 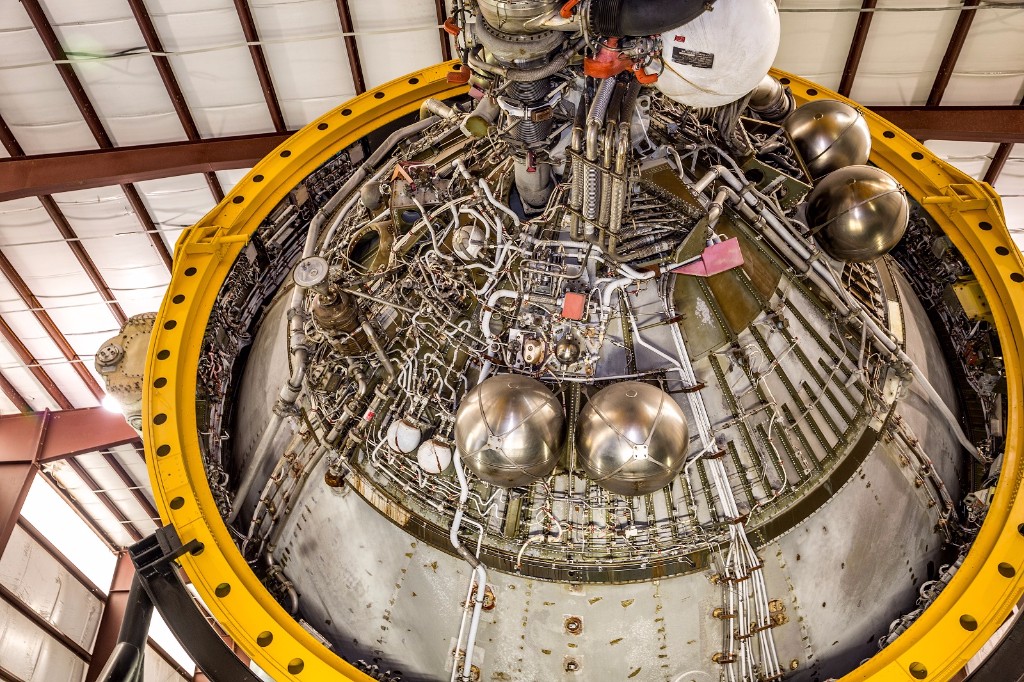 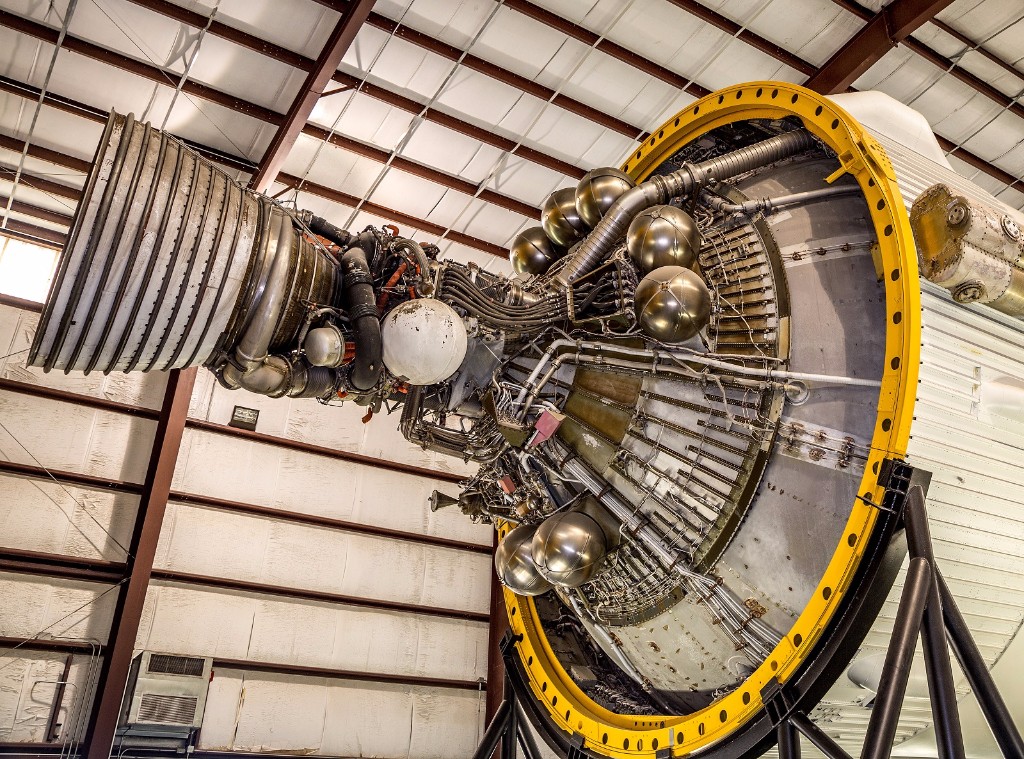 Mighty and massive, the Saturn V rocket at NASA Johnson Space Center is the tallest, heaviest and most powerful rocket ever flown. NASA used the colossal Saturn V rockets primarily during the Apollo program to send Americans to the Moon.

There are only three Saturn V rockets on display in the world. The rocket at NASA Johnson Space Center is the only one comprised of all flight-certified hardware. The other two rockets are made of flight hardware, mock-ups and test components. The three segments, called stages, contain the powerful engines needed to lift off, entering orbit to reach the Moon. In total, 13 Saturn V rockets launched into space.

The Saturn V rocket stands 363 feet tall and has dazzled viewers since its first un-crewed takeoff, the Apollo 4 mission in 1967. When fueled and ready for launch, the rocket can weigh 6.2 million pounds (2.8 kg). That is almost the same weight as 39 space shuttle orbiters.

Flown from 1967 to 1973, the rocket launched 26 astronauts into space with six successful missions landing men on the Moon. Saturn V also launched Skylab, America’s first space station, into orbit in its final mission. Astronauts could immediately feel the impressive power of Saturn V propelling them through Earth’s atmosphere into orbit.

Stages of launch and flight

While the Saturn V rocket began the process, the entire vehicle did not go to the Moon. Only the Apollo spacecraft (capsule and service module) and the lunar lander went to the Moon. The rest of the rocket was used and detached in phases along the way to successfully get the spacecraft to the Moon. Saturn V’s role in the Apollo missions typically ended almost five hours after leaving the launch pad. After completing its job, the rocket would be discarded and a new one prepared for the next mission.

The first stage (S-IC Stage) is the largest with five F-1 engines. This was used for only two minutes and 47 seconds, which was enough time to get the rocket 42 miles above Earth. After the first stage used its fuel, it fell into the ocean.

The second stage (S-II Stage) which fired for nine minutes and nine seconds, took the rocket into space. This stage then fell to Earth and burned in the atmosphere. The third stage (S-IVB Stage) fired twice, once for 60-90 seconds to put the spacecraft in “parking orbit,” then a second time for about five minutes for trans-lunar injection. This took place over the course of about three hours. Along the way, the Apollo spacecraft detached from the rocket, turned and pulled the lunar lander from the rocket.

The third stage then floated into space. Some third stages were crashed into the Moon on purpose to measure the “Moon quakes” they created.

The Apollo era signified a new age of advancements in technology and space exploration for the United States. Many technologies from the first lunar launches, especially the Saturn V, inspired future models of spacecraft that will one day take astronauts deeper into the cosmos.

See it up close

Space Center Houston takes you up close and personal with this amazing artifact of space history through our NASA Tram Tour.

Please note that this is an open-air tram tour. Please monitor weather and plan accordingly. The NASA Tram Tour visits working government facilities which are subject to availability. Tours may be rerouted at a moment’s notice.