How well do you know your astronomical neighborhood? Let's go on a trip through our solar system and explore the weird, the wild, and the beautiful all around us. Today, we are learning all about Saturn. 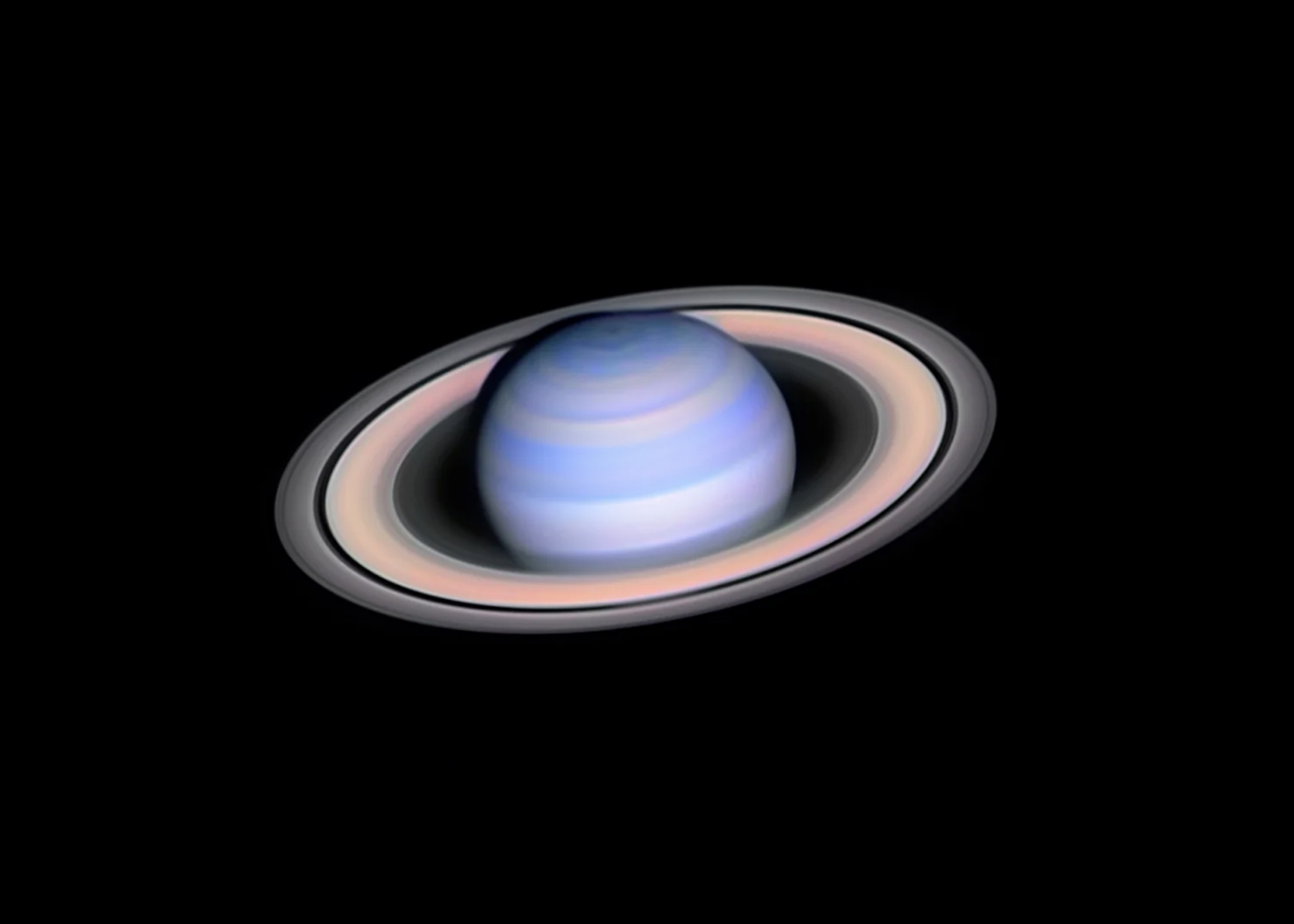 Saturn is the sixth planet of our solar system, sitting 925.2 miles from the sun and 834.3 miles from Earth.

Saturn is once again named after the Roman god of generation, wealth, and agriculture, among other things. As is the case with many Roman gods, his mythology was adopted from the Greek myths of Cronus.

His reign in both Greek and Roman mythology was considered a “golden age.” But, after a prophesy that he would be deposed by his sons, Saturn swallowed his children to prevent his destruction. However, his wife hid Jupiter from him, giving him a rock to swallow instead.

When Zeus was grown, he indeed deposed Saturn, freeing his siblings and waging a war that brought down the older Titans.

A less violent bit of trivia about Saturn is his festival fell on the winter solstice. As the god of generations, it was a way to celebrate one year passing into the next. Called “saturnalia,” the festival ran from Dec. 17-23 and featured much merriment and parties.

Saturn is also the root of the day of the week, Saturday.

Saturn is one of the planets that can be seen and recognized as a planet with the naked eye. Early civilizations like the Babylonians even recorded its movements through the sky. 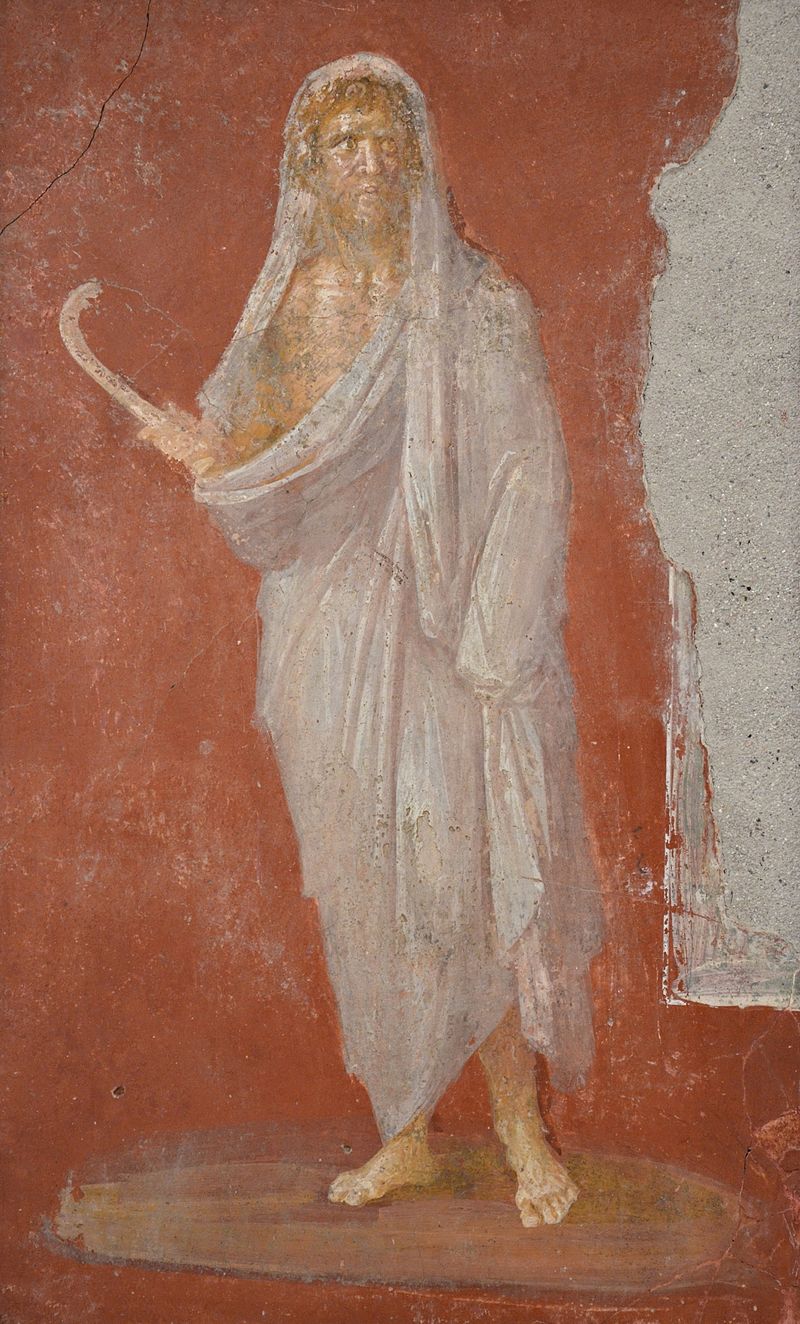 Saturn with head protected by winter cloak, holding a sickle in his right hand (fresco from the House of the Dioscuri at Pompeii, Naples Archaeological Museum)

But it wasn’t until our man Galileo that we got our first telescopic observations in 1610, though they were imperfect. Because Galileo’s telescope wasn’t refined enough, he thought the rings around Saturn were actually two moons on each side.

Nearly 50 years later, noted astronomer Christiaan Huygens saw and documented Saturn’s rings for the first time. He was also the first to discover Titan, one of Saturn’s five moons. Italian astronomer Giovanni Cassini discovered four more moons and what’s now known as the “Cassini Division,” which is a gap between the inner and outer rings.

Like other gas giants, Saturn is made mostly of hydrogen and helium. At Saturn's center is a dense core of metals like iron and nickel surrounded by rocky material and other compounds solidified by intense pressure and heat. It is enveloped by liquid metallic hydrogen inside a layer of liquid hydrogen –similar to Jupiter's core but considerably smaller.

It's hard to imagine, but Saturn is the only planet in our solar system with an average density that is less than water. The giant gas planet could float in a bathtub if such a colossal thing existed.

Saturn also has those magnificent rings. They are made from ice and rocks. Saturn's rings are thought to be pieces of comets, asteroids, or shattered moons that broke up before they reached the planet, torn apart by Saturn's powerful gravity.

The ring particles mostly range from tiny, dust-sized icy grains to chunks as big as a house. A few particles are as large as mountains. The rings would look mostly white if you looked at them from the cloud tops of Saturn, and interestingly, each ring orbits at a different speed around the planet. 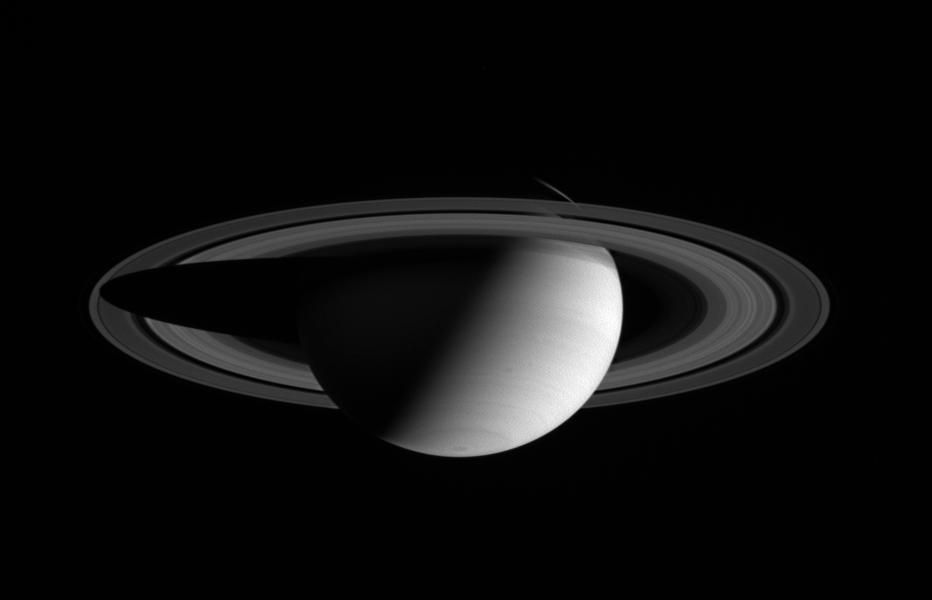 Much like Jupiter, it would be hard to live on the surface in all that gas. If there even is a solid enough surface to live on.

That’s why most of the pop culture references to Saturn have placed outposts on its moons. That includes bases in Star Trek and other science fiction.

Saturn has the second-shortest day in the solar system. One day on Saturn takes only 10.7 hours (the time it takes for Saturn to rotate or spin around once), and Saturn makes a complete orbit around the Sun (a year in Saturnian time) in about 29.4 Earth years (10,756 Earth days).

Saturn is harder to reach. As the distance grows at the edges of the solar system, the number of exploratory missions has decreased. The two main missions to reach Saturn are below, but both Voyager missions also made flybys of the planet.

Pioneer 11 was the first mission to explore Saturn, slingshotting past Jupiter to get a closer look at the ringed jewel. It passed by Saturn on September 1, 1979, at a distance of 21,000 km from Saturn's cloud tops.

Cassini-Huygens – The most recent Saturn mission had two parts. The Cassini Orbiter's mission consists of delivering a probe (called Huygens, provided by ESA) to Titan, and then remaining in orbit around Saturn for detailed studies of the planet and its rings and satellites.

Named for the two prominent astronomers to observe Saturn most closely, Cassini had multiple objectives, including the structure and behavior of the rings, the composition of the different moons, and studying the atmosphere.

This mission lasted nearly 20 years, reaching Saturn on July 1, 2004 and ending its mission on Sept. 15, 2017. The Huygens probe landed on Titan on Dec. 25, 2004 and transmitted data for 90 minutes. It was the first landing on a moon other than our own Earth moon.

The best times to see Saturn are between August and November. Directly to Jupiter's right is Saturn. Saturn’s only 1/7th as bright as Jupiter, so know your target is a bright but not brilliant “star.”

Of course! There are plenty of amazing shots of Saturn. 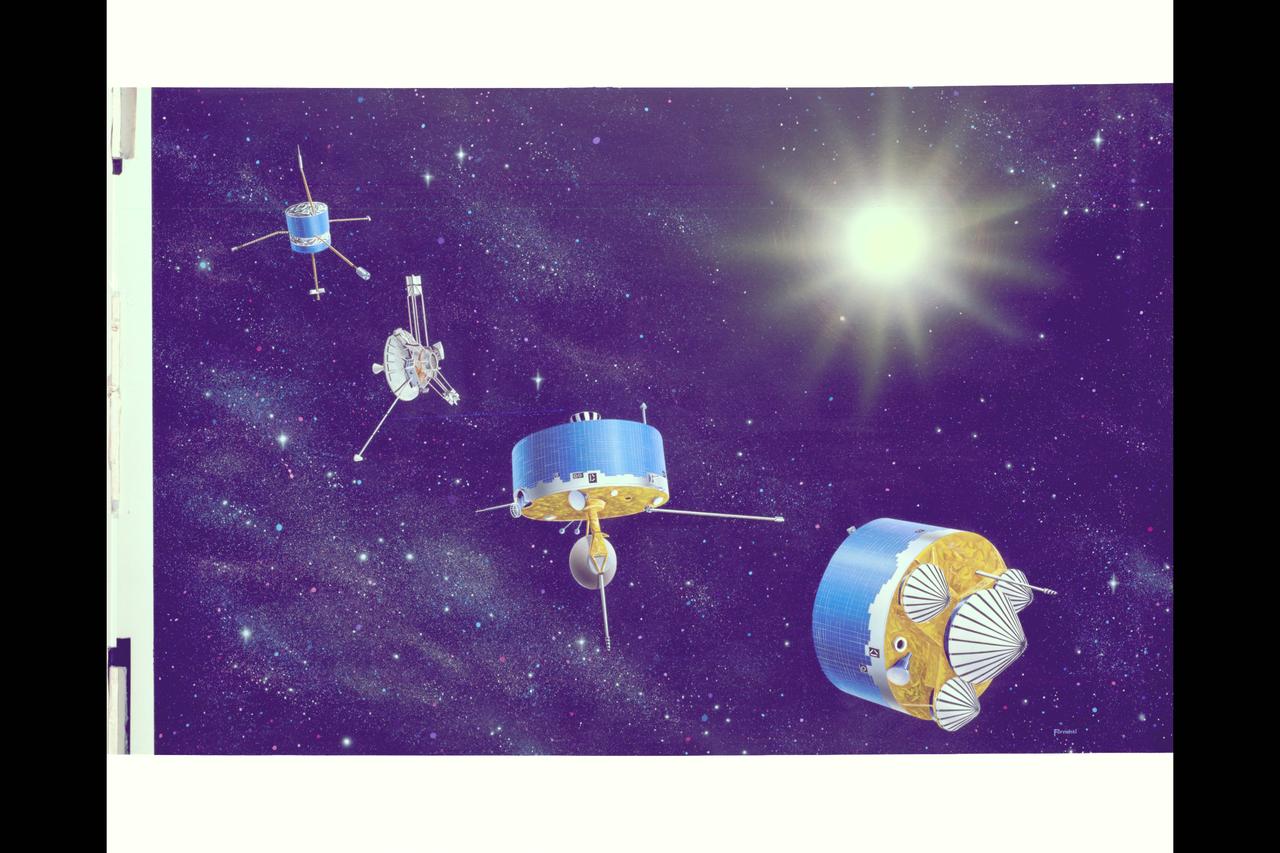 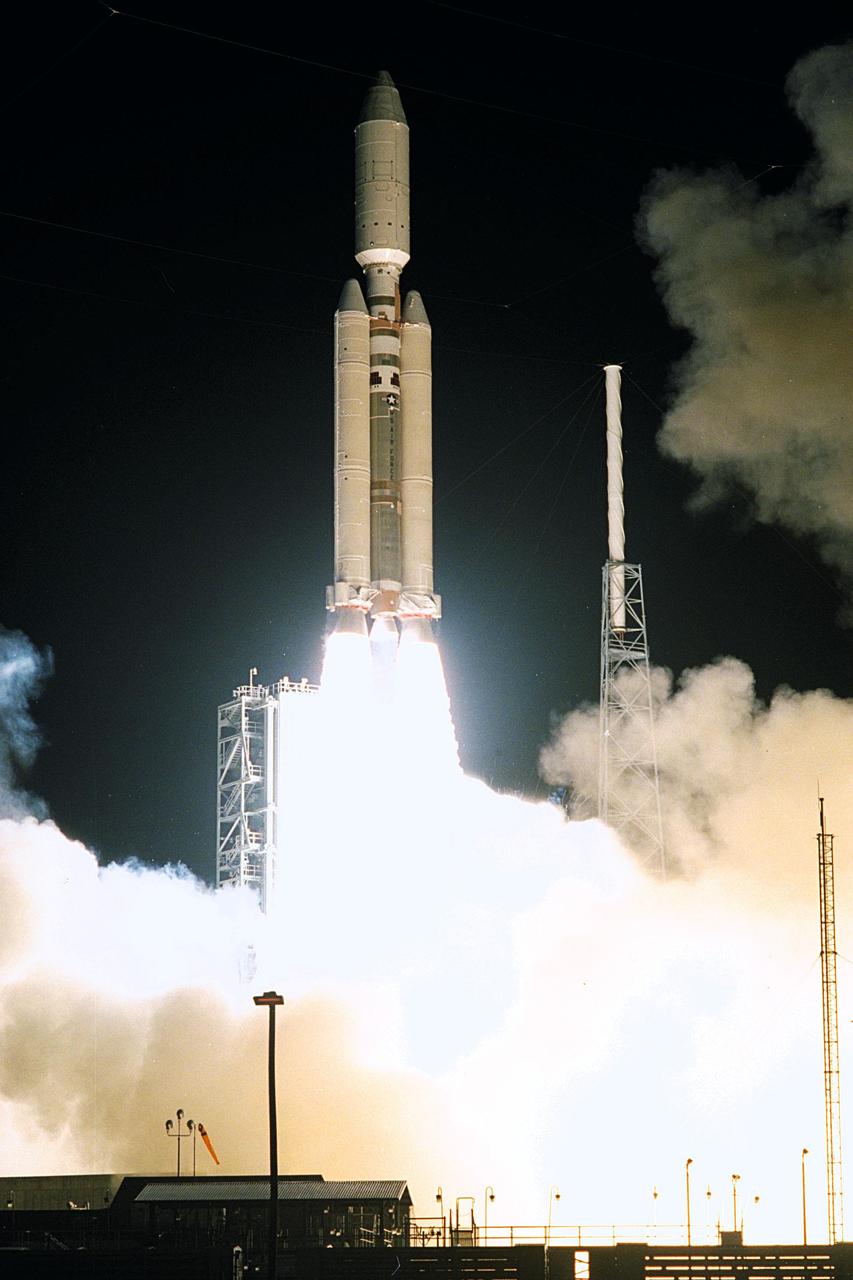 A seven-year journey to the ringed planet Saturn begins with the liftoff of a Titan IVB/Centaur carrying the Cassini orbiter and its attached Huygens probe. 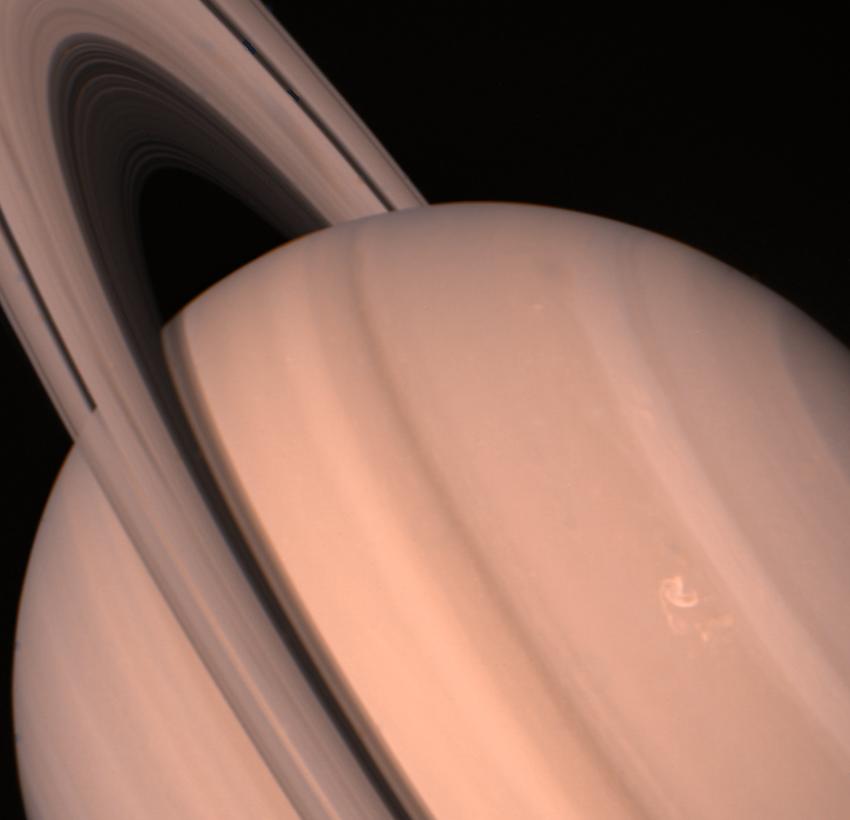 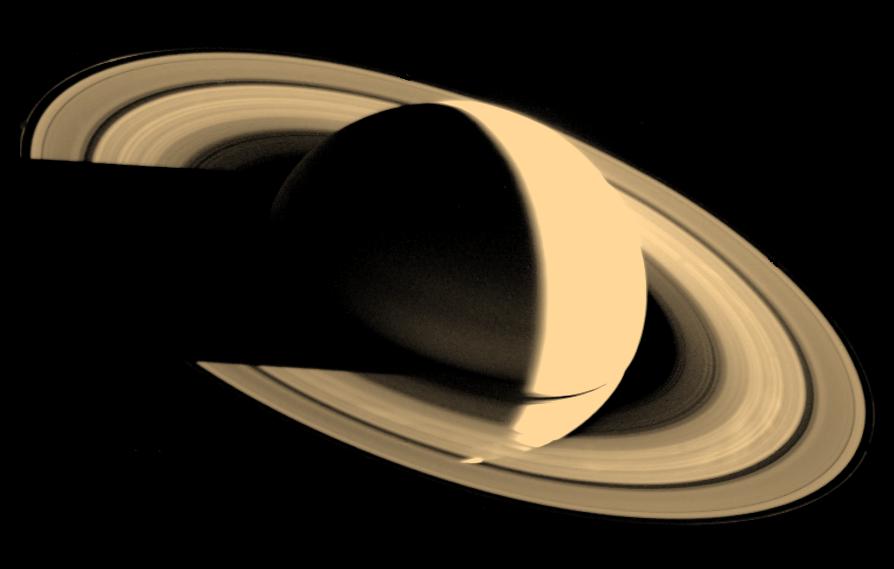 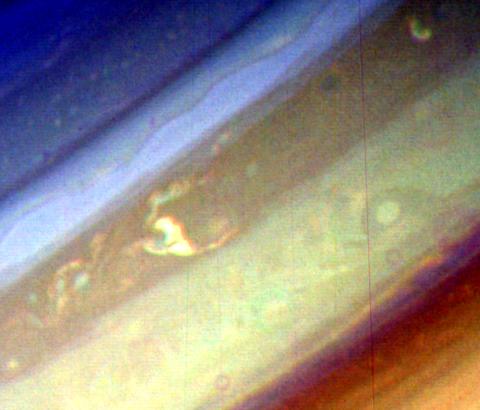 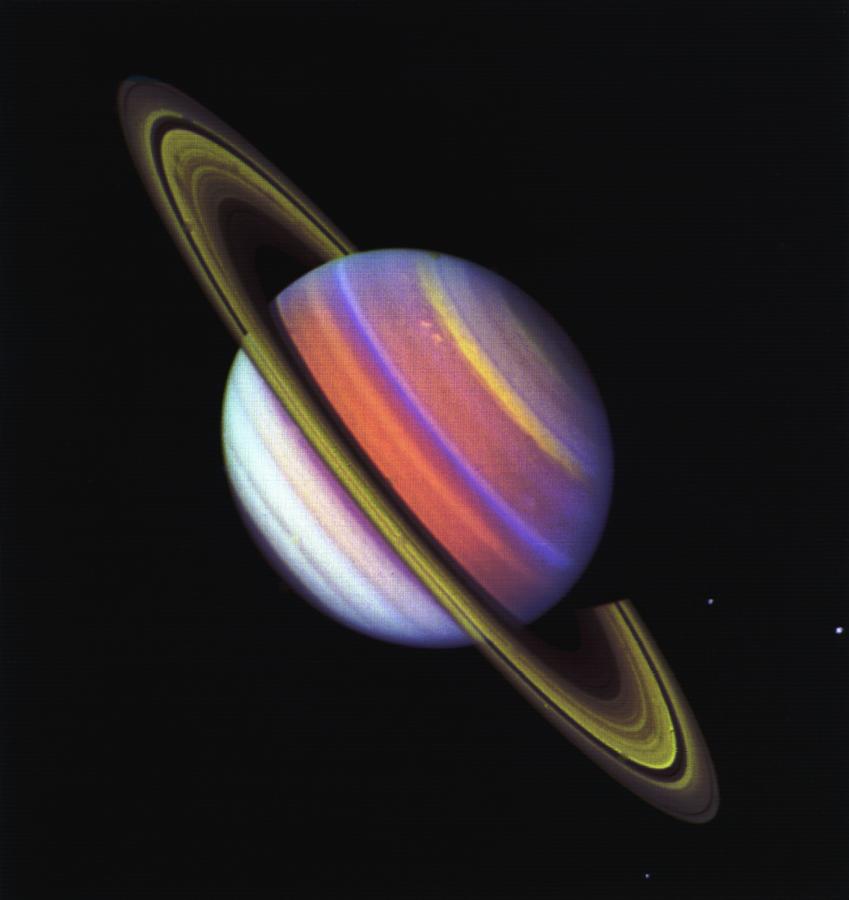 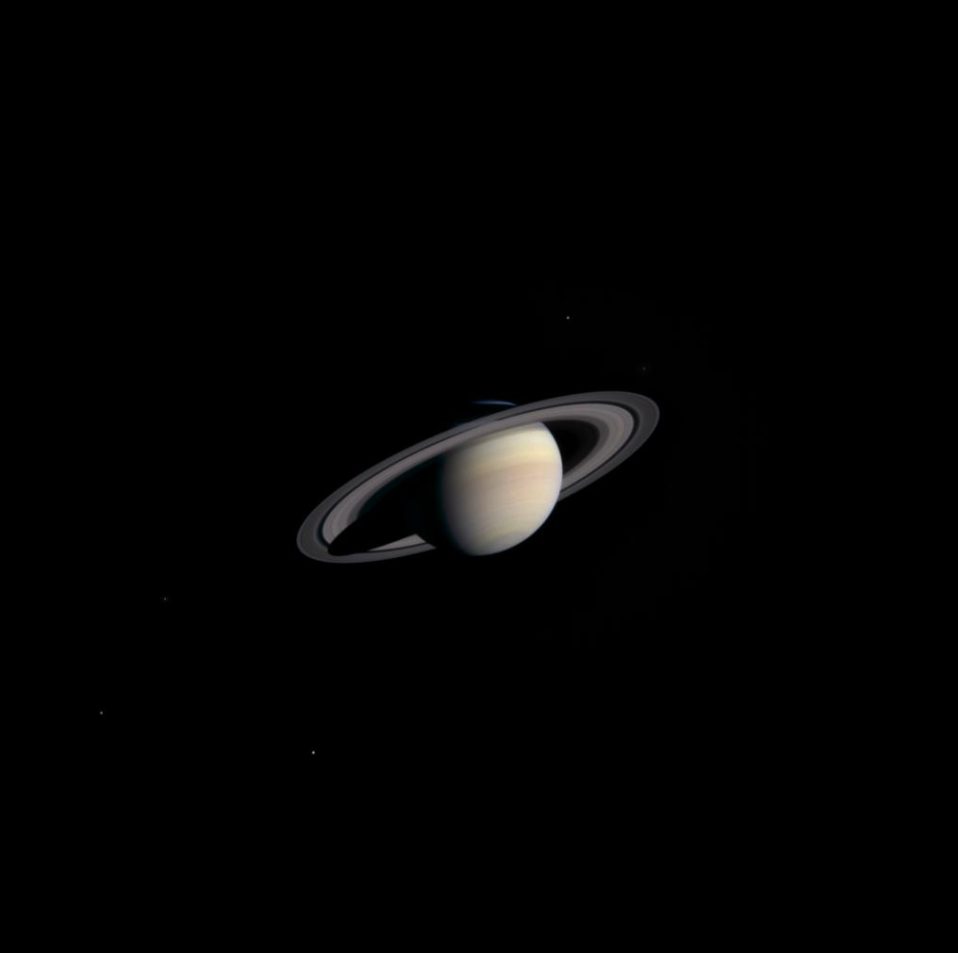 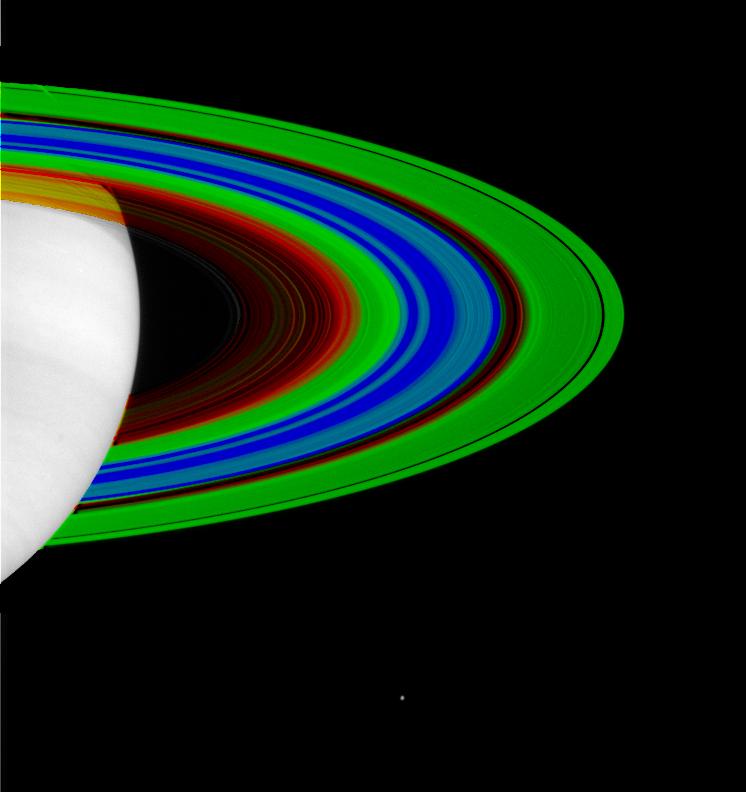 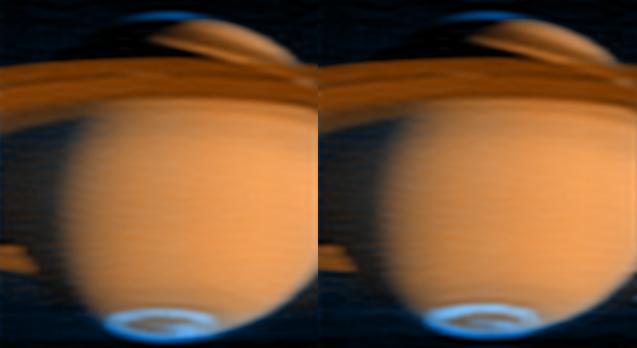 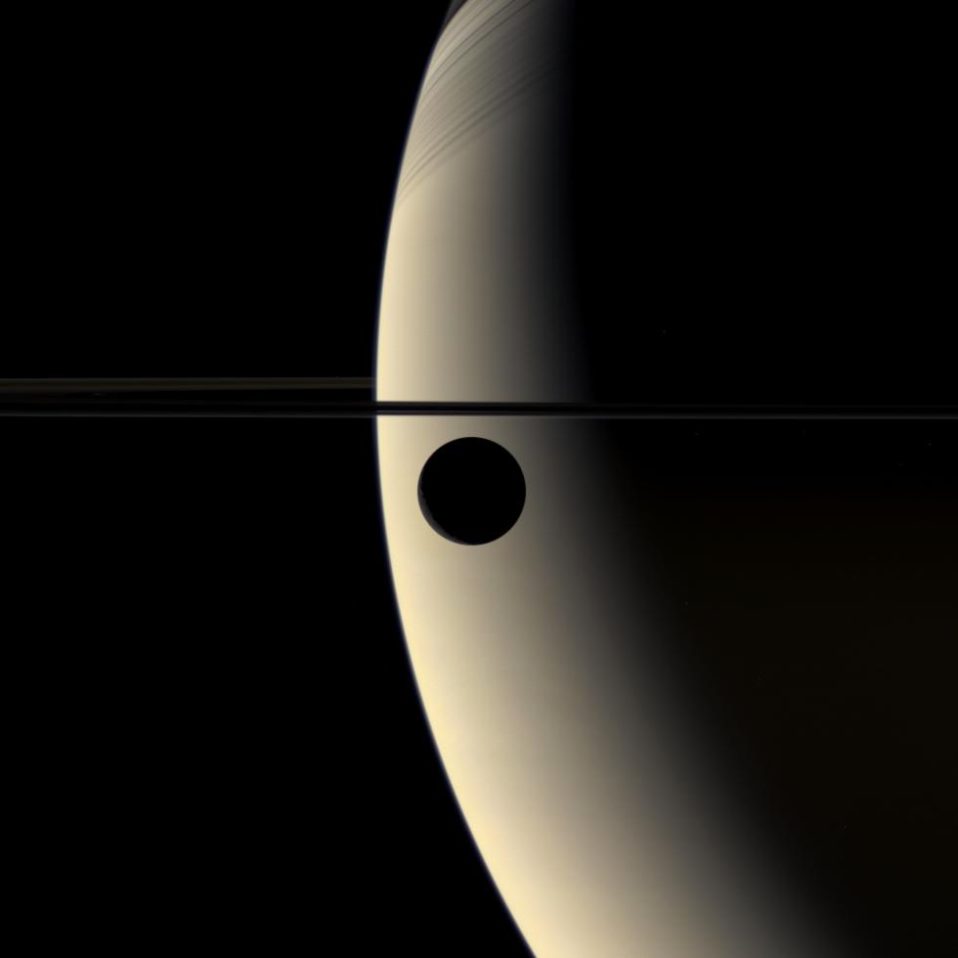 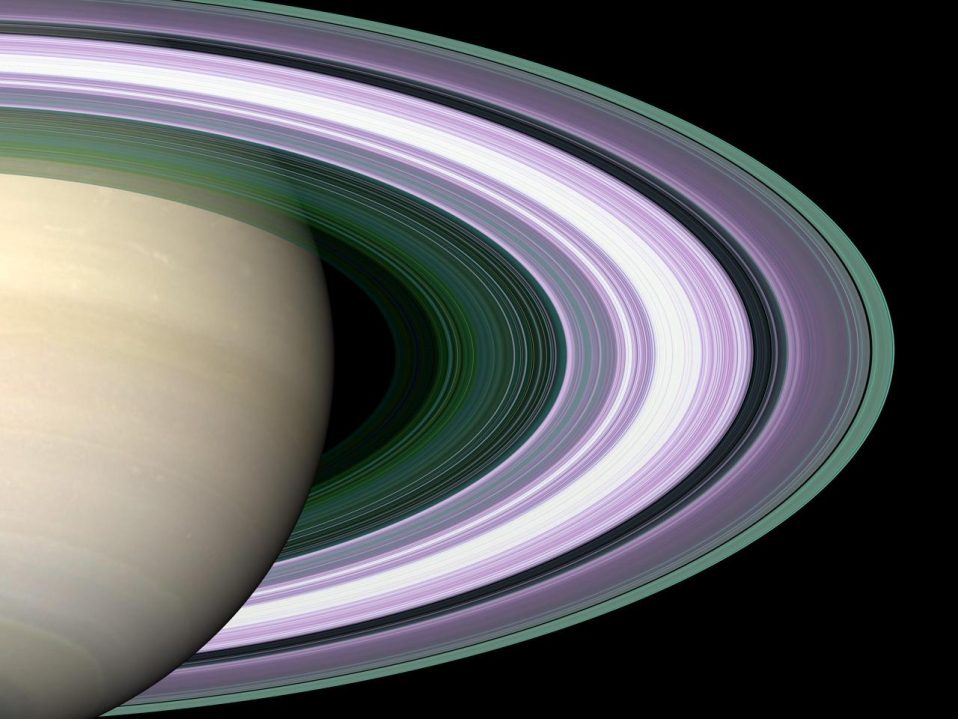 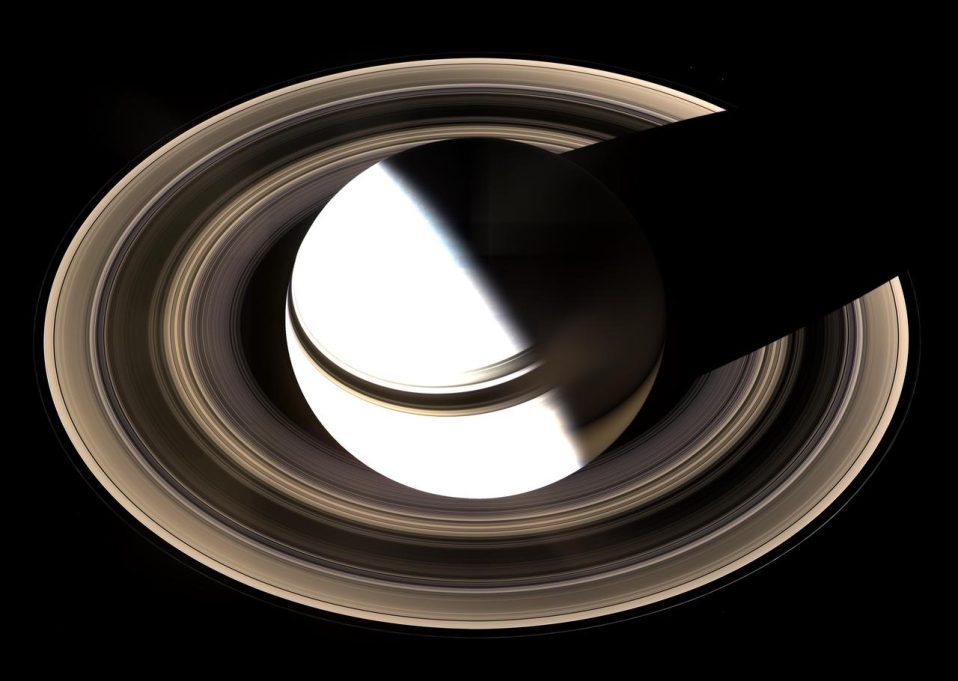 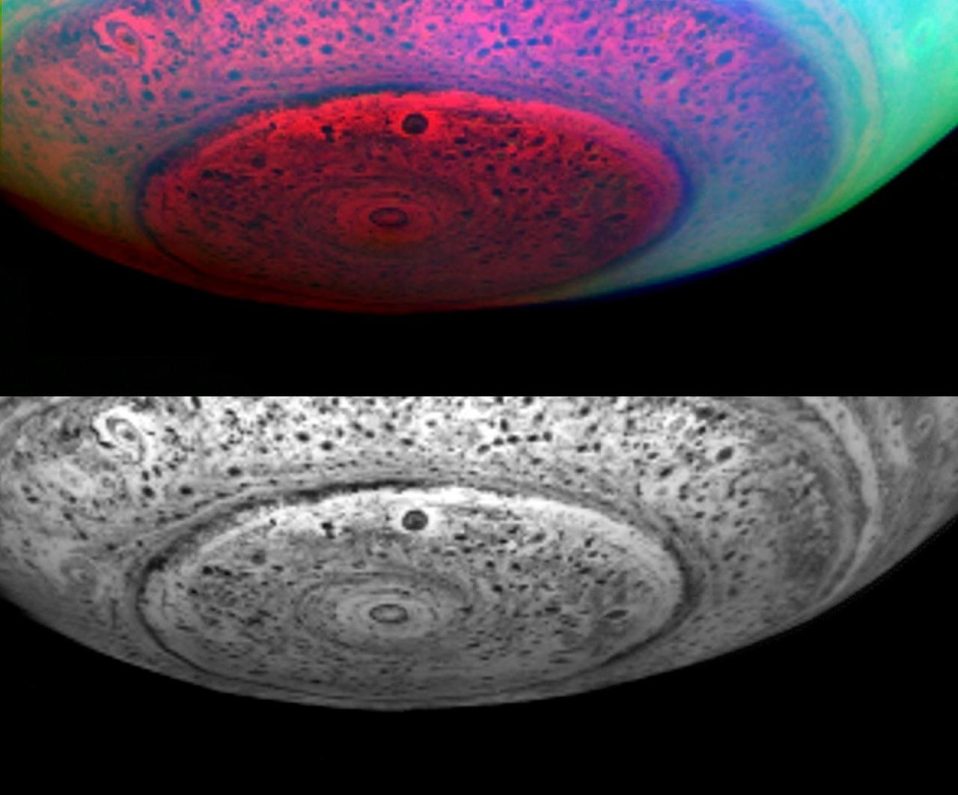 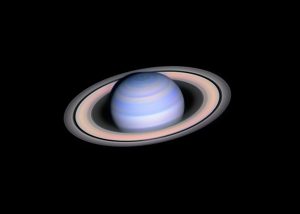 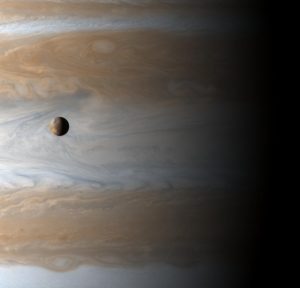