Orbiting at more than 17,000 miles per hour (27,354 kilometers per hour) above Earth, the International Space Station (ISS) is the largest structure built in space. This giant science laboratory, almost spanning the entire length of a football field, gathers research and conducts experiments every day.

The International Space Station Gallery at Space Center Houston provides a dynamic look inside the space station – from interactive live shows to a Robonaut and even actual flown space station artifacts.

The recently updated exhibit brings state-of-the-art science and technology to Earth in an interactive experience. Explore unique technologies on the ISS to discover how research in low-Earth orbit is changing life on our home planet.

New artifacts, robotic interactive exhibits and stunning 4K video highlight how the ISS is leading the world in international partnerships, fostering commercial partnerships and trailblazing the journey to Mars.

New Perspectives, presented by our mission briefing officers, is an interactive live show that presents loads of information regarding day-to-day life on the ISS. Create unforgettable memories and be part of this show by volunteering during on-stage demonstrations.

Surrounding the New Perspectives module are inspiring artifacts that have been worn or used during actual ISS expeditions. See packaged astronaut food including chicken, vegetables, sweets, and coffee, and learn about the water purification system on the the Space Station. See a cupola model and see NASA’s first humanoid robot in space, Robonaut 2, which was chosen as the NASA Government 2014 Invention of the Year.

From November 1998 through February 2011, NASA completed more than 40 missions to assemble the ISS. Five space agencies collaborated with the construction of the space station, including Roscosmos, Canadian Space Agency, Japan Aerospace Exploration Agency, European Space Agency and NASA. To date, there are 15 nations that have partnered with and sent astronauts to the station.

The first module to launch for the ISS was the Zarya Module, which supported most of the communications and operations of the ISS until the arrival of the Zvezda Module. The newest module, the Bigelow Expandable Activity Module, arrived at the ISS on April 10, 2016 to test expandable habitats for future missions.

Most astronauts spend about six months at the station conducting research that is not possible on Earth.  Astronaut Scott Kelly and Russian Cosmonaut Mikhail Kornienko hold the record for long-duration stays in space after they spent 340 consecutive days on the station to provide scientists valuable information for understanding how the body reacts during extended stays in microgravity. This mission brings NASA one step closer to meeting the challenges of sending astronauts to Mars.

Plan your day at Space Center Houston to learn more about the ISS! 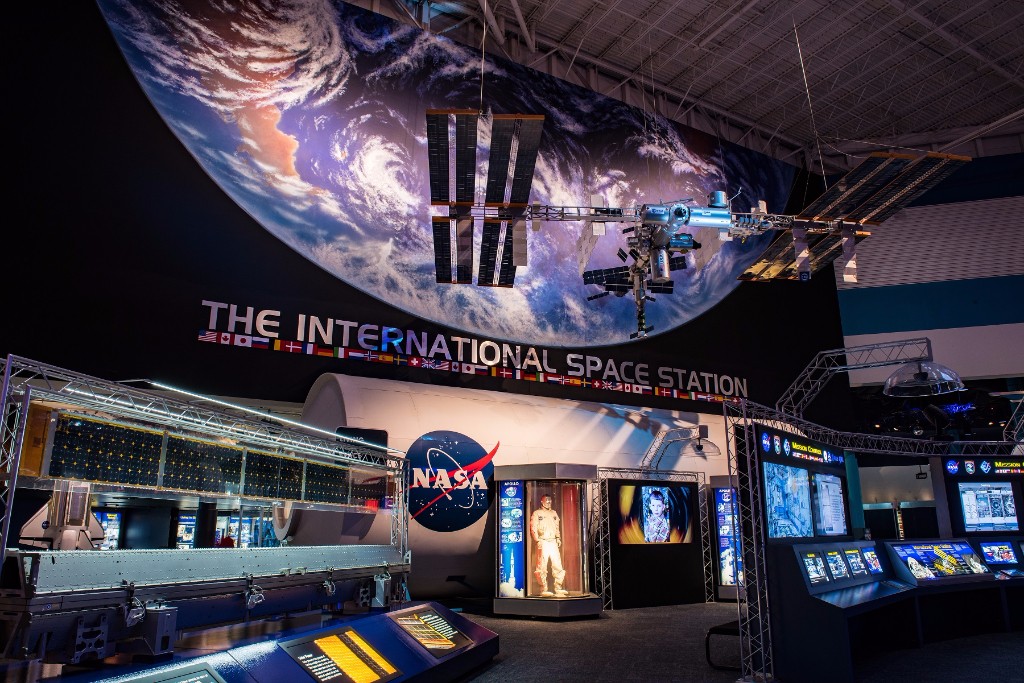 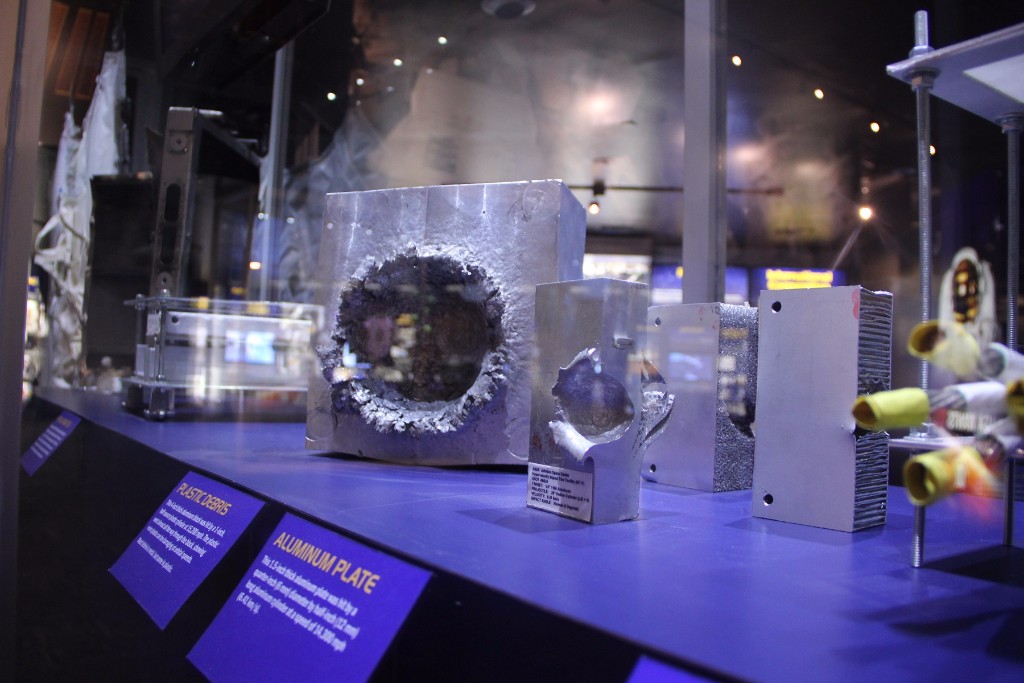 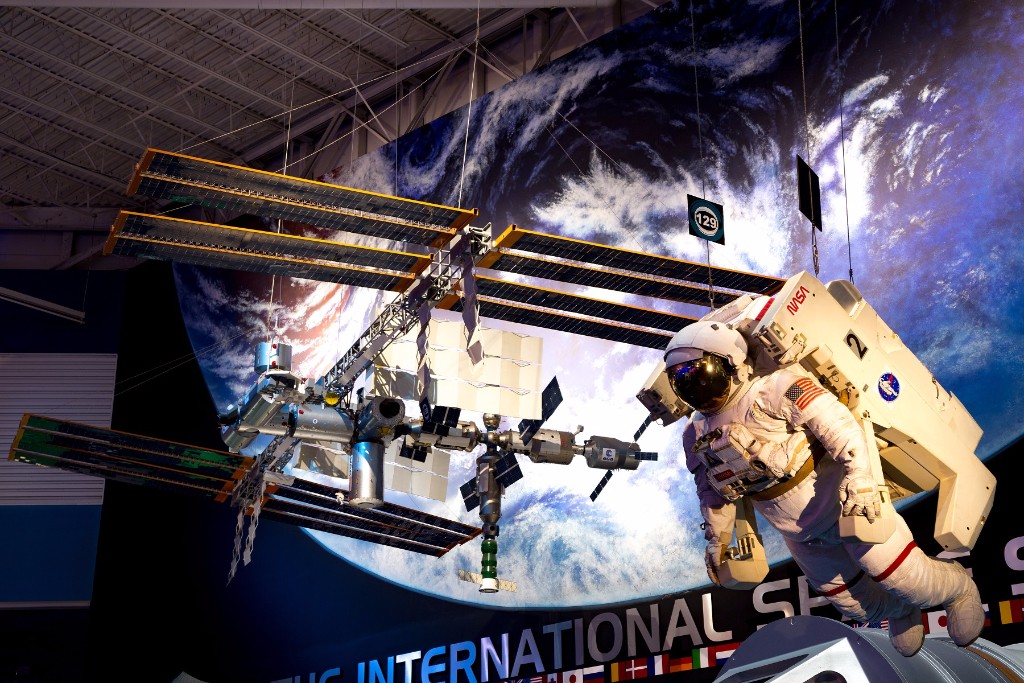 Wave to the International Space Station as it passes overhead from several thousand worldwide locations. The Space Station is the third brightest object in the sky. Click here to explore and find sighting opportunities near you.
Space in your inbox
Sign up to receive emails about our programs, exhibits & discounts.
Subscribe
Privacy Policy
Translate »
WP-Backgrounds Lite by InoPlugs Web Design and Juwelier Schönmann 1010 Wien