Note: Due to COVID-19-related safety and security measures at Johnson Space Center, our NASA Tram Tours currently offer a choice of visiting Rocket Park or the Space Vehicle Mockup Facility until further notice. 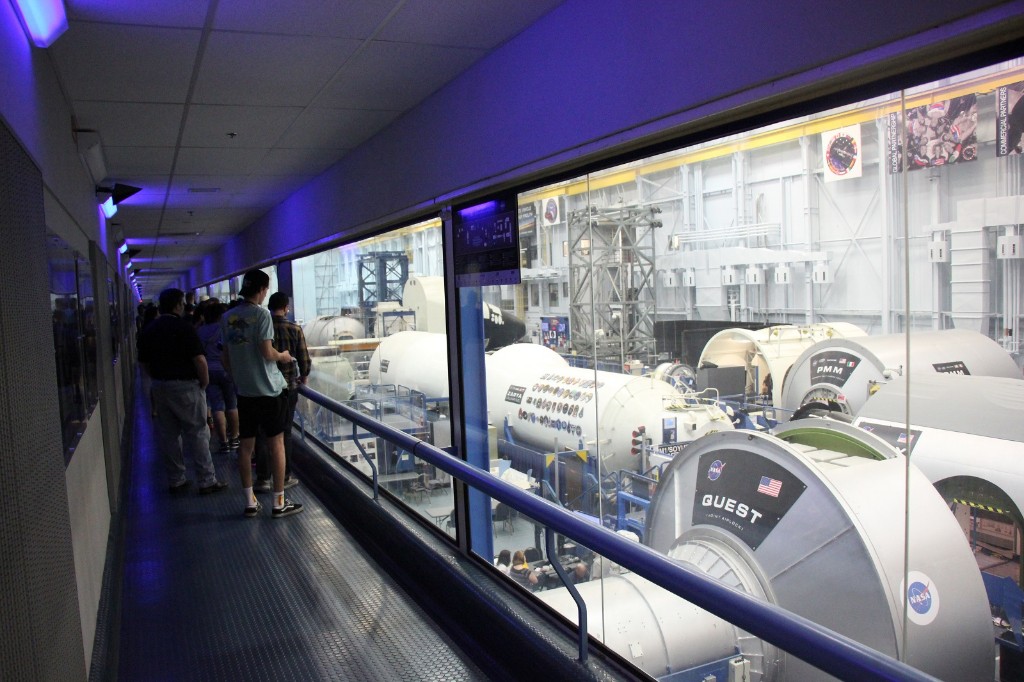 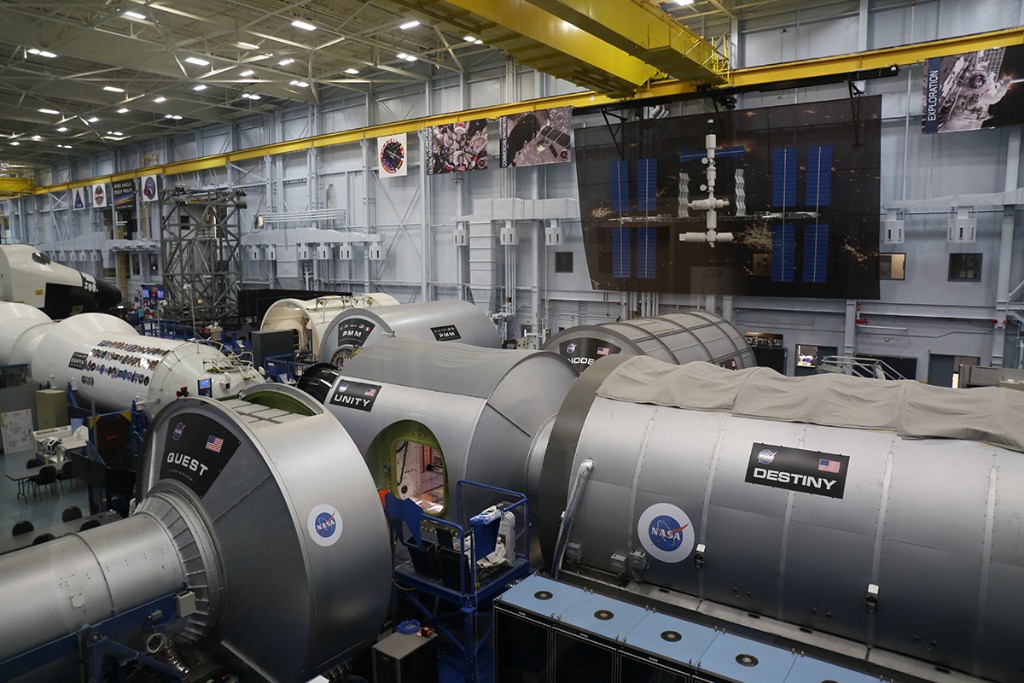 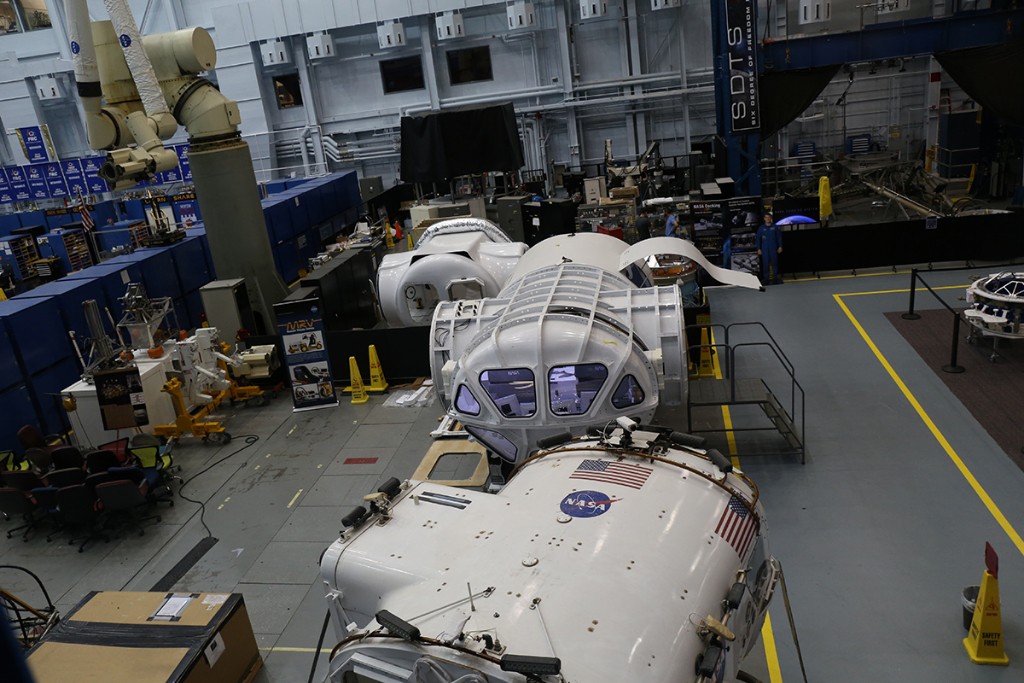 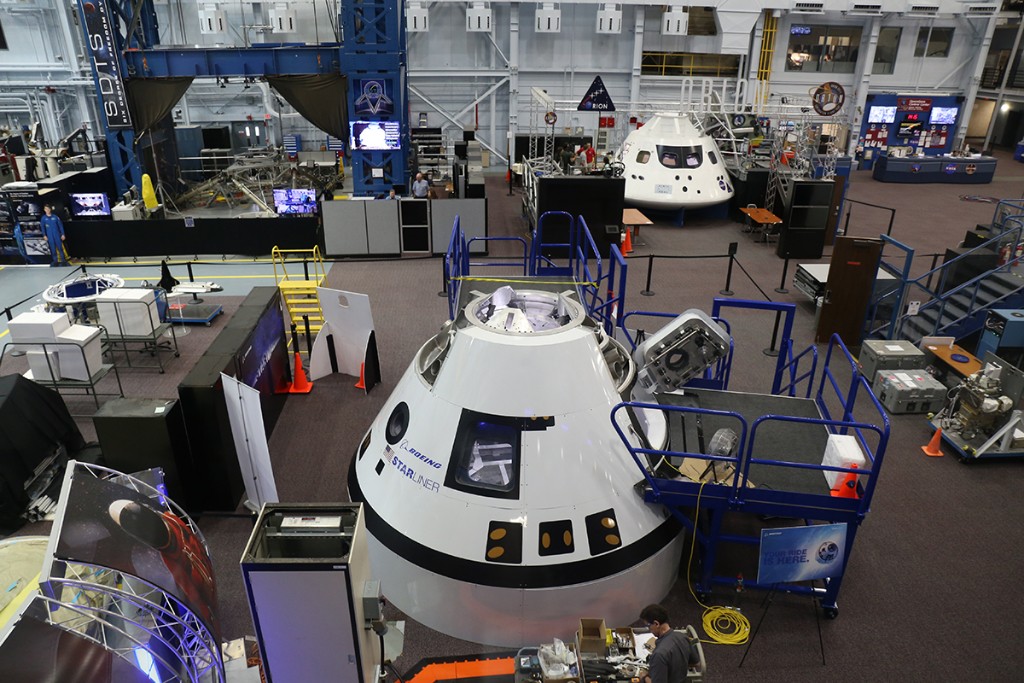 Since 1980, every NASA astronaut has walked the floors of Building 9, the astronaut training facility and home of the Space Vehicle Mockup Facility at NASA Johnson Space Center.

Space Center Houston visitors can visit it as part of the popular NASA Tram Tour, included with the cost of general admission.

Astronauts train within this full-size classroom in the heart of NASA Johnson Space Center. Since its inception in 1975, the astronaut training facility has supported NASA’s missions.

There have been several types of mockups within the facility and each served a different function for astronauts and engineers. Initially, the facility housed space shuttle training modules such as the full fuselage trainer and two crew compartment trainers.

After the end of the shuttle program, the shuttle training modules were removed and transferred to museums but one crew-compartment trainer remains.

The building is home to exploration rover prototypes and other robotics projects such as Valkyrie, NASA’s next generation of humanoid robot also known as R5. International Space Station modules help astronauts become familiarized with the space station in preparation for their mission. Orion, NASA’s crewed space vehicle, is being evaluated and tested by astronauts in Building 9 as engineers finalize Orion’s design.

Although equipment in Building 9 may change, the goal of the training facility has remained the same. It houses almost 200 training courses to help astronauts become familiar with the spacecraft, understand its various systems and prepare for emergencies that may occur during a mission.

The astronaut training facility has become the central hub for resolving issues during missions. If a problem were to occur aboard the ISS, JSC officials would come to the facility to work through the situation with engineers, then relay the step-by-step process to the astronauts in orbit.

Space Center Houston offers a behind-the-scenes look at NASA Johnson Space Center on the NASA Tram Tour. As part of this tour, on a walkway positioned right above the training mockups, you will see the engineers, astronauts and equipment used for daily trainings. Each tram tour visits Rocket Park, home of one of only three Saturn V rockets on display in the world. The rocket is the only one assembled with all flight-certified hardware.

Please note that this is an open-air tram tour. Please monitor weather and plan accordingly. The NASA Tram Tour visits working government facilities which are subject to availability. Tours may be rerouted at a moment’s notice.